A Pirate’s Life…Or the Adventures of Billy Bones

To use a literary analogy, the end of the school year can feel like a fruitless search for Captain Flint’s treasure. We know that the gold is out there somewhere, and we may even have clues about how to find it–(Jim Hawkins has an invaluable map in Treasure Island), but even given these clues, the prize is elusive.

This year, I have a seventh grade class ending the year with a performance of Treasure Island, and it brings to mind a true story of an incorrigible boy who deepened my heart forever and reminds me daily that you’re never too small (or too young) to make an impact on the world. I’m dedicating our upcoming performances to him, and redoubling my efforts to love students well even though the final weeks of school may be fraught with exhaustion and littered with the disappointments of what might have been. Though I wrote this true story for my students this fall when I had known them only a few weeks, it resonates powerfully with me now as the shores of Treasure Island are on the horizon, and I hope it encourages you to press on in your remaining time with the students entrusted to you. I would also like to thank Shana Karnes for her 2018 post for Three Teachers Talk that has inspired me ever since to write about moments that matter.

The twisting blade of beginnings…

The beginning of the school year is hard.  As the seasons spin from one to the next and the leaves change from green to gold, sometimes I see former students. They’re all around me–at cross country meets, listed in the Town Crier’s Bridal Registry, or driving past my house striving for some combination of a yell and a wave.

I might see half a dozen of them in one day, and then go for weeks without hearing from any of them. I worry about them. I hear that he has a concussion-AGAIN, or she’s having a hard time adjusting to high school. We’re not together in this building anymore but I hear their voices, see their smiles, and feel the connection that comes from shared writing and theatrical adventures. I cry because I miss them, while at the same time I’m laughing over a joke I still remember being told and retold. Sometimes, their stories take turns that I wish I could rewrite…

MARNE, MI-A 21-year-old Unity Christian High School graduate and former Dordt College student died following a traffic accident in Tallmadge Township Saturday evening.  Evan Westrate suffered critical injuries when he was ejected from his Ford pick-up as it rolled into a ditch near a curve on Luce Street.

This is not the Evan I remember: a smirking, self-assured prankster whose enthusiasm for life infected everyone. I directed him in Treasure Island at Lamont Christian School. His swagger and rollicking threats were so convincing as he roared his lines as Captain Billy Bones, that my children used to cower under tables in the library during rehearsals.

I hadn’t seen Evan for years when his Ford F-150 tragically spun from the road on July 26th, but ironically, I had been back in Michigan just weeks before he died, remembering him and other students I taught in Coopersville. I miss them every day.

CAPTAIN BONES: Jim, too late! Come closer! That’s what they’re here for. To tip me the Black Spot. That means they’re going to kill me. Jim-you’re the only one worth anything to me. One day, I was going to take you to sea,to an unknown island for treasure. Here’s a map, Jim! You’ll be a rich man. Take it, boy!

Evan, his eyes alight like matches, smiled more readily than anyone I’ve ever known, an adventurer thrilled with every exploration of  life. He dreamed of farming and football, going on to play as a fullback at Unity Christian High School, and attend Dordt College to study agricultural business on a football scholarship.

Jordan Westrate, Evan’s older brother, spoke of his free spirit and tendency to embrace challenges. First and foremost, however, was Evan’s love for others. “I would describe him as not only my brother, but a brother to all. He inspired us to treasure life.”

MARNE, MI: Ottawa County deputies said the driver was taken to Spectrum Butterworth Hospital  after being thrown from his truck on Luce Street, about a quarter mile west of 8th Avenue on Saturday, July 26th, just before 10:00 p.m. He died shortly after arrival on the Butterworth campus.

Nearly all of his organs were donated to give life to others.

“Evan, you might want to tone it down a bit in this scene. I think everyone in the audience under the age of ten will run screaming for the exits if you don’t.” I am smiling as I say this, though striving valiantly to be serious with him for once.

His crooked grin mocks my attempts not to laugh.

“I know.  And you’re completely in character.”

He won. Again. I love the way that he plays the scene and he knows it. His voice becomes the tiniest bit less intimidating to avoid the exodus toward the exits that I fear will  happen during our matinee. Every time Evan raises his eyebrows and growls Billy Bones’ challenge to Captain Flint and his crew, I fall under the spell of his mesmerizing talent and golden voice.

No one exited unexpectedly during the play, but the cast of Treasure Island got a standing ovation, and the loudest applause was for Evan Westrate, Captain Billy Bones.

Our silken backdrop for the lagoon was floating down, and I wasn’t ready for the clock to strike midnight, for the enchantment to break.

I felt tears already-usually they waited until after the cast party.

His mom, Jana, photographed us. For a moment, he elbowed my sadness away with his boundless warmth and our celebration of his accomplishments. When Jana gave me the photo a few days later, I noticed that Evan’s crooked grin was missing. I wondered if he was feeling the same sense of loss that left me fighting tears again as soon as his arm slipped from my shoulders, and the moment was gone.

MARNE, MI: Sergeant Christie Wendt said the Ford F150 was traveling west when the driver lost control on a curve and ran off the right side of the road before over-correcting and rolling the vehicle. The driver, who was not seat belted, was ejected in the middle of the road while his truck careened into a ditch after smashing some nearby mailboxes. Wendt indicated speed and alcohol are factors in the crash, which remains under investigation today.

CAPTAIN BONES: Come on, you rum-swilling, bandy-legged dogs! I’m the captain…and I’ll take ye down to the last man. Tell me who ye be, so I’ll know who I’m killing.

Max, as O’Brien, brandishes a dagger and leers menacingly at Evan. Amanda as Red Dog, Autumn as  Annie, Ashley as Bonnie, and Josh as Captain Flint, all tumble into the Admiral Benbow Inn, in search of the notorious Billy Bones. We’re seeking our Captain again, diminished by the loss of Evan’s smile, emptied by the absence of his passion for every moment.

The beginning of the school year is hard–again.

Why?  Because I am caught between all of the joy and promises of a new year, and haunted by the Ghosts of What Might Have Been.  Who might Evan have become?  Are there things I could have said, words I could have written, that would have changed the way his life ended on this side of Heaven? I hope that I did everything I could to love him well. I hope he knew that he had a beautiful, old soul-even at the age of fourteen.

And if I believe that, I have to embrace this moment–another day in writing workshop with students whose stories I am only beginning to know. Another day of being moved by the grit I see in incredible teenagers. Courage is a twisting blade of embracing fear and love together–and moving forward against any obstacle.

How did I use this story as a mentor text for my students when I originally wrote it for them this fall?

Ending the year with poetry is also incredibly powerful. A few of our favorite poems that have recently invited us into meaningful writing are:

Mountain Dew Commercial Disguised as a Love Poem by Matthew Olzmann, read for Ours Poetica by John Green

Alternative Names for Black Boys by Danez Smith, and

As this school year draws to a close, what are the stories that you could immortalize by writing a tribute poem or a personal narrative? What are your favorite ways to end the year in writing workshop? Share your ideas in the comments, or find me on Twitter @oosterheerte.

Elizabeth Oosterheert is a middle school language and theatre arts teacher in central Iowa. She loves writing poetry and plays with students. Her favorite stories include Peter Pan, West Side Story, Our Town and The Outsiders. She recently wrote adaptations of Arabian Nights and The Three Musketeers. 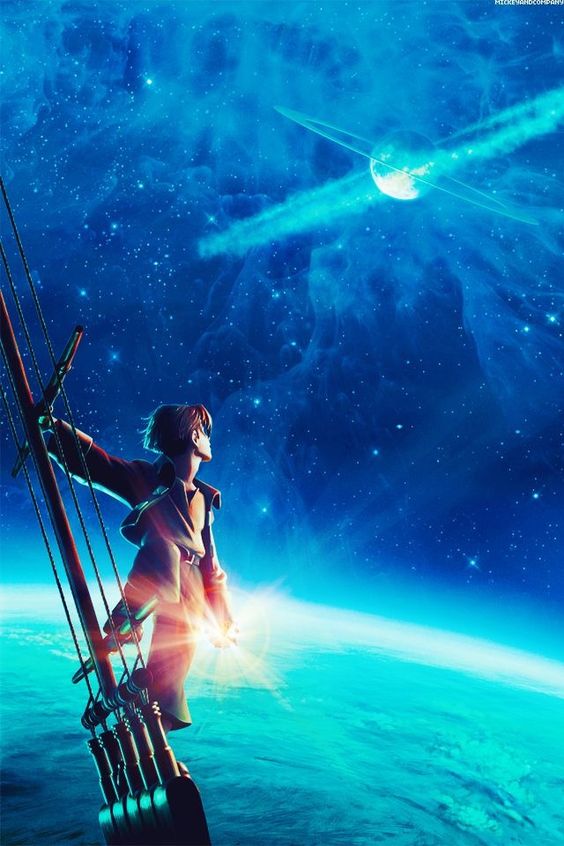