Pixie Dust: Or Life Among Fairies

Those aren’t strange words to hear in July and August, are they? I didn’t think much of them in the lazy heat of late summer. I was more focused on soaking in every last drop of Michigan sunlight, and answering the call of the lake, a voice that is more insistent every year. “Join us…we are your memories. Don’t get too old to go back to your childhood…”

It seems fitting to me that every summer I bring my children to all of the places I loved as a child, hoping to awaken the same magic that captivated me. Wind, waves, and an unending shoreline.. I admit that I was preoccupied during our trip. I was writing a play called Crown of Roses and the words were criminals, trying to escape capture every night when I desperately wanted them to live on the pages.

We had been home from our vacation for a few weeks when I began noticing how thirsty my daughter Summer was. A bottle of Gatorade or a glass of chocolate milk vanished in seconds, leaving her begging for more. At first I blamed the heat, but when August turned to September and the temperatures surrendered to fall, Fear’s cold fingers gripped my heart. I knew there were only a few things that would cause constant thirst, none of them good. “It’s nothing. She’s growing and eating more, too. Everything was fine at her checkup in June.” That was the voice in my head that I entertained when I dared to think about the situation at all.

Friday night football…a sure sign of autumn in countless cities across the country. Summer, a pixie who loves flying around the stands under those stadium lights, went to an Eagles game and returned home reporting that she had thrown up during the game. Again, I heard that voice in my head: “It’s the flu. A little rest, some fluids, and everything will be back to normal.” I offered her 7-Up,  Popsicles, Cookie Dough ice cream, anything to ignore the chill overtaking my heart.

ME: How are you feeling? I think you should try to go to school today.

ME:  I’m starting to think you just don’t want to go to school. You need to try to eat something. Dry Cheerios. Toast. A banana. ANYTHING!

ME: I’ll call at noon to see how you’re doing. 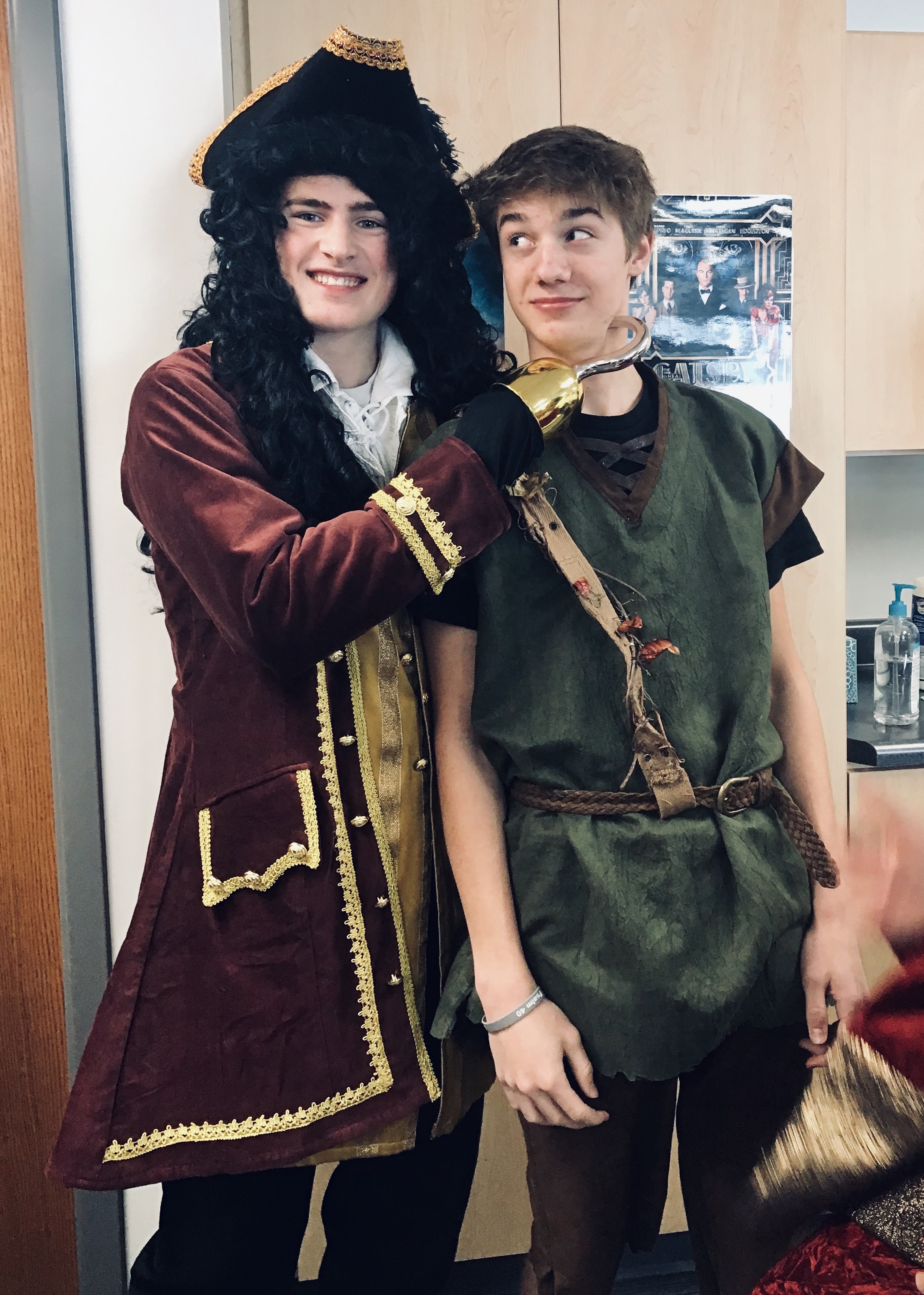 SEPTEMBER 18TH, 6PM: I arrived home from school to find Summer pale and unmoving on the couch. Immediately, I called our local hospital and was told to bring Summer to the ER.

My husband carried her out to my Ford Excursion because she was too weak to walk. I could see every bone in her legs and wondered how she had gotten so thin in a matter of days. After she was safely in the back seat, I turned to my husband. “They’re going to tell me she’s a diabetic,” I said.

9PM: Summer and I have been in the emergency room for three hours. A doctor confirmed what I suspected for weeks. My daughter’s sugar levels were six times the normal level, and she was diagnosed with Type One diabetes. I prayed Psalm 23: Even though I walk through the valley of the shadow of death, I will fear no evil…”

When I wasn’t praying, I was worrying. Worrying about Summer’s future. Worrying about my other children. Worrying about the Crown of Roses rehearsal I was going to miss the next day, and how much work we still needed to do on choreography. I allowed myself the luxury of tears when Summer was sleeping, and then I decided to call Tyler, my student director. He was the only one who would be able to keep a rehearsal afloat if I couldn’t be at school.

Hey-Tyler. It’s Mrs. O. Sorry to call so late. I’m at the emergency room and I’m about to get in an ambulance with my daughter to go to Blank Children’s Hospital.

Wow. I’m sorry. Is she going to be okay?

I think so. She was diagnosed with Type One diabetes. There’s a team of specialists that is going to teach us how to take care of her. It would be so reassuring for me if you would run the rehearsal tomorrow. Could you be there? I know you weren’t planning to come.

Anything. I would be glad to. Those kids are heroes.

I know. They’re amazing…and so are you. Thanks, Tyler….

It is no accident that Tyler played the role of Richard the Lion-Hearted when he was an eighth grader. He is royalty.

The ambulance was dark and calming, if a vehicle that is usually a trauma center can be peaceful. Summer was given her first insulin injection, and started feeling more like her light-filled, fairy self. I held her hand, and watched her heart’s gentle rhythm on the monitor. 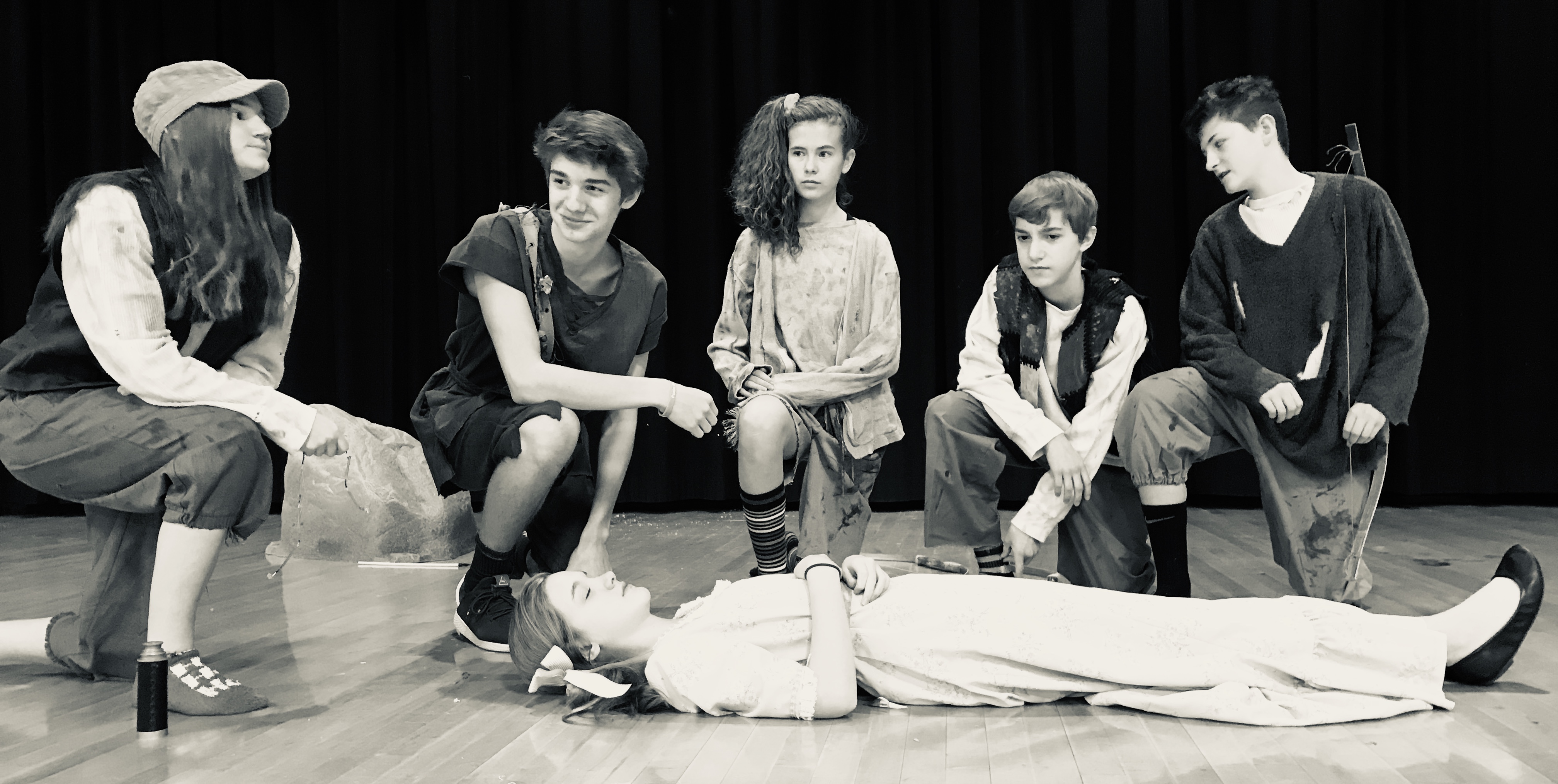 I thought it was only flowers that die…J.M. Barrie, Peter Pan

Lines from Peter Pan flooded my mind all night, and I was grateful for the comfort of the familiar words, and the story of the Boy Who Would Never Be Old in the midst of a situation that was far from the shores of Never Land. When we arrived at Blank Children’s Hospital, one of the first things I saw was a mural featuring Peter Pan. I recalled that on the night my four babies who are now sophomores were born, and I thought I might bleed to death, God gifted me with an extremely compassionate nurse whose name was WENDY. The holiness of story has surrounded me in so many seasons…

Summer spent the rest of that night on a brick-hard triage bed. She tried to sleep, and I sat next to her with my MacBook, praying and planning lessons for all of the classes I would miss the next day. I didn’t know what the morning would bring, but I knew that we were in the company of angels.

For this month’s post, I wanted to tell you the story of my daughter’s diagnosis with Type One diabetes (with her permission), a story that I shared with my eighth grade students as we work on writing tributes and Note to Self narratives. My writing turned out to be a tribute to both my daughter and to one of my favorite stories, Peter Pan. My students and I are inspired by the following mentor texts:

“Go to the Ice” by Dorothy Hamill

Note to Self by Yonder Alonso

The Life of Reilly by Rick Reilly

The Book Thief by Markus Zusak

CBS News Note to Self Videos. One of our favorites is this one featuring Will Reeve.

We’ve watched a different mentor video each day at the beginning of our workshop time , and then conferred about what we noticed in that visual text. The template that we’re using for recording our observations is linked below.

Our list of craft moves for our Note to Self/Tribute pieces is linked here. We’ve discussed elements such as incorporating multiple genres in one piece, using intentional sentence fragments, playing with figurative language and repetition, the importance of meaningful titles, and more.

After making this list together and practicing sentence imitation based on sentences we chose from our mentor texts using @Wakelet, and watching a series of Note to Self videos courtesy of CBS News for inspiration, we’re ready to begin drafting.

As students write their drafts, they have opportunities to confer with me AND other writers in our workshop. One of the most beautiful things about this writing is that it’s an opportunity not only to reflect on their younger selves. It’s also an invitation to thank someone who has mentored them, or to celebrate a good friend, an effective coach, or a close sibling relationship. It is one of my favorite ways to invite students into reflection and growth.

How do you invite students into reflective writing? Start a conversation in the comments, or email me at oosterheerte@pellachristian.net.

Elizabeth Oosterheert is a middle school language arts teacher and theatre troupe director in central Iowa. She loves writing, and sharing the stage with seventh and eighth graders. Her favorite stories are Peter Pan, The Outsiders, & Our Town. She recently finished writing an adaptation of Arabian Nights for performance in November 2021.

2 thoughts on “Pixie Dust: Or Life Among Fairies”