Okay, reader, I have a challenge for you before you read this blog. If you were to read a student’s IEP and learned that he had been diagnosed with all of the following, what would be your first thoughts?

Really, don’t read any further until you’ve thought about teaching this student. How would you plan for him? If you were to predict his future, what would your prediction be?

I’m not sure when I ran across Peter Smagorinsky’s work, but I’m guessing it was sometime in the 80s while studying writing pedagogy, and for literally decades his writing has influenced me. So it was quite a shock when I encountered an article by him in Maureen Downey’s Get Schooled column. Writing about the “mentally ill,” he explains:

In fact, I am among them, as are several people in my family. Various people in my gene pool have been diagnosed with Asperger’s syndrome, Tourette’s syndrome, chronic anxiety, depression, obsessive compulsive thinking, oppositional-defiance, and other conditions. I suspect that many readers can say the same.

Reading this sent me into the research mode. From his vita, I discovered that he has 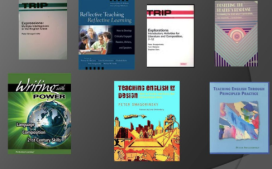 written or co-written over 15 books and a ridiculous number of articles for professional journals, has been honored with numerous awards, and currently holds the title of Distinguished Research Professor of English Education.

Have you ever had one of those moments when you knew you needed to rethink an assumption that you didn’t even know you held? An assumption that carries serious implications for a sound readers/writers workshop? That’s what happened to me. All too clearly I recall in the past saying something like, “For a special ed kiddo, he’s doing okay.” Or – I confess this with great embarrassment – “I’ll cut him some slack. After all, he is in special ed.” And as a consultant, I don’t know how many times I nodded in empathy with a teacher when she talked about low test scores and all of “those” students or I indicated my understanding when the teacher said, “Oh, she has an IEP. Of course, she’s struggling.”

I’ve been thinking a lot about beliefs lately, and Peter’s story has stirred up beliefs that lay dormant, beliefs that I hadn’t examined. My discomfort reminded me of what Margaret Wheatley describes in her essay “Willing to be Disturbed.” 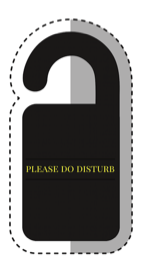 Lately, I’ve been listening for what surprises me. What did I just hear that startled me? This isn’t easy-I’m accustomed to sitting there nodding my head to those saying things I agree with. But when I notice what surprises me, I’m able to see my own views more clearly, including my beliefs and assumptions.

And Peter’s column dredged up assumptions that I would have denied. For years, I’ve argued for thinking of kids from an asset perspective, but buried deep within me reigned a deficit orientation.

As I kept reading more of Peter’s writing, I encountered his push for neurodiversity in which teachers recognize that there is a range of neurological orientations and, therefore, it’s important to “foreground potential, not disorder.” Peter argues:

Rather, I think that I follow a different order, like many who share my classifications. In fact, it’s quite ordered. There probably is no more ordered way of being than to live on the autism spectrum. It’s a life of pattern, ritual, and clarity of purpose. The problem is that those purposes can seem odd to those who believe that having a narrow or unusual way of being in the world is a problem to be fixed, a sickness to be cured.

Looking at more of his writing, some in blogs and some in academic essays, I found provocative gems such as these:

In one essay, he credits Tourette’s for his prodigious writing career, explaining that when he reads, he picks at his nails and goes into endless tapping routines, but writing channels his nervous tics into productive and satisfying work.

What if I had viewed my students with “special” needs – just think of the condescending tone of that phrase – as seeing the world differently and my job was to figure out their strengths and ways I could build from those strengths? My buried beliefs were madly disconnected from my espoused beliefs.

Yes, Peter disturbed me, surfaced my beliefs, and challenged my assumptions. And the troubling question is: what other negative beliefs are tucked away, needing to be disturbed?

For over 25 years, Stevi Quate taught middle and high school English in Colorado. Even though she no longer has her own classroom, she is in classrooms throughout the US and internationally. Currently, she consults in international schools and with Public Education and Business Coalition. When she’s home, she’s playing with her dogs, reading in her backyard, and realigning her beliefs. Follow her: @steviq

2 thoughts on “Disturbing My Beliefs”